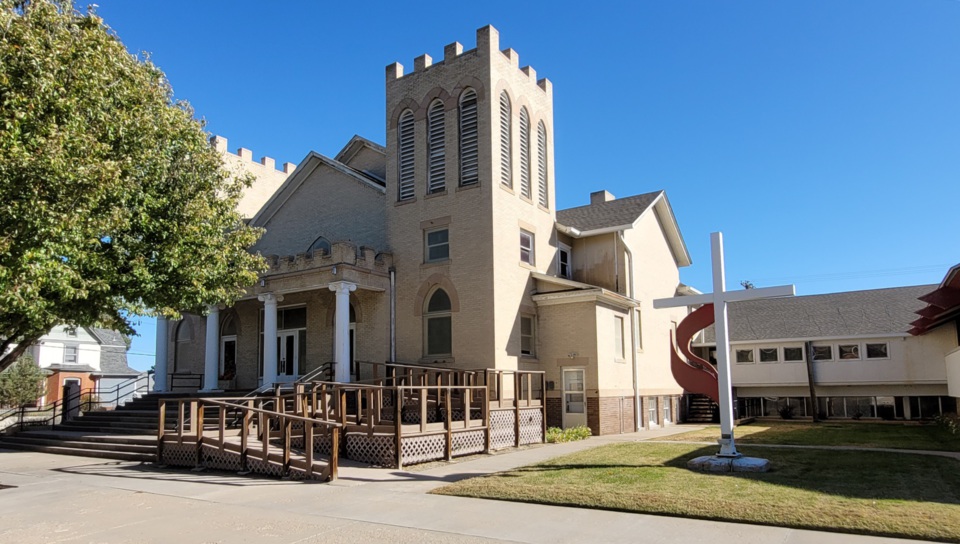 Like many Methodist churches across the United States, the story of the United Methodist Church of La Junta began when John Wesley sent his lay preachers to the newly established American colonies to strengthen the Methodist work already being done in those areas. As time went on, the message of Methodism spread throughout the country. New Methodist churches were organized in towns and cities across America.

The first Methodist services held in La Junta were in December 1886 at the Presbyterian Church.  The Rev. L.T. Hall, pastor of the Methodist Church in Trinidad, came to La Junta to conduct a funeral service and stayed through Sunday to preach morning and evening services.

On February 6, 1887, the Methodist Church of La Junta was organized with twelve (12) charter members:

The Rev. A.B. Bruner, who organized the La Junta congregation, sadly did not return for further services.  However, the Rev. John R. Wood, a young and devoted pastor arrived on March 13, 1887, and the new church in La Junta prospered under his leadership.

A building for the new congregation was started in 1888 at the corner of Fourth and Santa Fe (where the Santa Fe office building currently stands) and was dedicated on July 31 or August 1, 1888.  This building was remodeled in 1904 and was subsequently sold to the Santa Fe Railway in 1912. 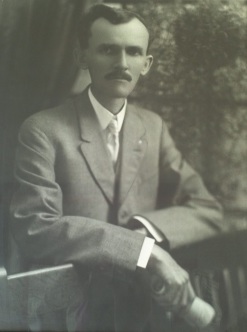 The cornerstone of the present church building, located at Sixth and San Juan, was laid on December 15, 1913.  At the request of the pastor, Rev. Howard Goldie (pictured), Marion F. Miller assembled the following materials which were deposited in the cornerstone:

Gifts and pledges were sufficient that by dedication day, the building financing was considered "covered".

Regular meetings of the church organizations were held in Woodruff Hall, otherwise known as Library Hall, during the period of the construction of the new building.  Dr. T.C. Iliff of Denver officiated the dedication ceremony of the church, which was held on October 18, 1914.

The decade of the 1950's witnessed an era of expansion and much needed improvements.  Beginning in September 1952, two air conditioning units were installed.  The church was able to add central air at a cost under $400, a phenomenal acheivement for the time.  In April 1955, the remodeling of the North entrance of the church was completed at a cost of $1,500. 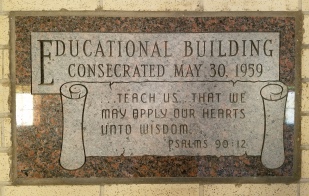 With Sunday School attendance reaching an all-time high of 352 in February 1955, plans were made to expand the building to the South.  The parsonage was sold and moved, thus making space available for construction of new classrooms.  The Education Building was dedicated May 30, 1959.  The present parsonage, located next to the education unit was purchased at the same time.

In the Summer of 1999, the chancel platform in the Sanctuary was expanded by moving the communion railing toward the pews.  It was also opened in the middle to allow for the construction of a center aisle.  The side access aisles were widened for greater safety.

Call during these hours if you need to arrange another time to come in the office or to meet with the pastor.

We meet at 6 p.m. on Tuesdays and 11 a.m. on Wednesdays in the Fellowship Hall.

Join us on the First Sunday of every month for good food and good fellowship.

Veterans and Active Military and their Significant Others, join us for a hearty breakfast as we share our appreciation for your service.

Spread the word and raise awareness about what we do. The best way to do it is through social networking!

Recommend this page on: